Charles Fernandez is an award-winning, Emmy and Annie nominated composer, orchestrator, arranger, teacher, and bassoonist based in Los Angeles. He moved from his native New Orleans to Los Angeles in 1983 and began composing for television and film in 1989.

A prolific composer for the concert hall, Fernandez has had his compositions performed globally. He has recorded two CDs with the Royal Philharmonic Orchestra and his Oboe Concerto was featured as a UCLA Doctoral Thesis work.  He has been commissioned by universities throughout the country including Tarleton University in Stevenville, Texas (“Spirits Rising: The Texan Rider”) and California State University Northridge on several occasions including the University’s 50th anniversary (“For the Matadors”), for the Los Angeles Bach Festival’s first use of concert band (“Bachus Illatus” for organ and concert band), and a work in celebration of world-renowned educator and band music pedagogue Sir David Whitwell (“For Sir David”).

Fernandez has served as Director of The Song of the Angels Flute Orchestra since 2015 and his “A Quiet House and a Mouse” won best new flute ensemble work at the National Flute Association convention in 2016. Fernandez’s second CD, “Sentimental and Animated” features soloists Francisco Castillo, oboe (“Oboe Concerto”); Helen Goode-Castro, clarinet (“Tone Poem for Clarinet and Strings”), Melissa Fahn, Soprano (“Songs from a Child’s Point of View”); Alan Steinberger, piano (“Ratso Scherzo”) as well as his homage to animation music, “Animatus Eventus”.

Fernandez has decades-long experience composing music for film and television. His work for television can be found in Universal’s “Casper” (for which he received two Emmy and one Annie nomination), Disney projects “Little Mermaid”, “Aladdin”, “Doug”, “101 Dalmatians”, Dreamworks “Toonsylvania”, “Bonkers”, and Cartoon Network’s “Robot Chicken”.

Additionally, his scores written for major studios include Disney’s “Doug’s 1st Movie”, “Aladdin III”, and “Aladdin and the King of Thieves”. Movies written for MGM include: “The Pebble and the Penguin”, “All Dog’s Go to Heaven II”, “All Dogs Christmas Carol”, “Babes in Toyland”, and “Tom Sawyer”. Also, “Alvin and the Chipmunks Meet Frankenstein” (Universal), “The New Adventures of Tom Thumb and Thumbelina”, “Jingle Bells”, and “The Tangerine Bear” (Artisan), and Pat Smith’s “PUPPET” (Blend Films). Fernandez has also served as Orchestrator and Conductor on countless trailers and film projects. His latest project was as Head Orchestrator/Conductor with composer Michael Suby on the film “Ghosts of War”.

Fernandez has been involved with multiple theatrical collaborations, serving as the Staff Arranger for the Centerstage Opera (Broadway troupe) and Music Director/Conductor/Arranger of composer James Chiao’s musical “Mannequin Man by Day/Tenor by Night”– notably the first Broadway-style musical with book, music, and lyrics written by a Chinese American immigrant. Fernandez’s own ballet, “The Statue”, was commissioned by the Bakersfield Camerata and later recorded in an expanded version by the Royal Philharmonic Orchestra in London, England.

As an educator, he is currently on the faculty of UCLA Extension, the Los Angeles County High School of the Arts, and Thinkspace Education based in London, England since 1995. 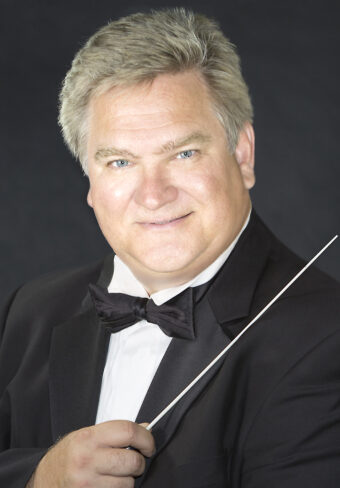