Highlights include his being commissioned to arrange hymns for the visit of Pope John Paul II to Los Angeles. G.I.A. released A Mass of Life, a critically acclaimed recording of his sacred music. Gibson took part in the first Composers Symposium of the Oregon Bach Festival, where three of his works were performed. For its 15th anniversary, the Los Angeles Children’s Chorus commissioned him to compose Suite: Alice Through a Looking-Glass. Commissioned by Loyola Marymount University for the Golden Jubilee of the choral program founded by the late Paul Salamunovich, Gibson’s Te Deum for chorus and orchestra was premiered at LMU with Dr. Mary Breden leading the assembled forces.

Gibson’s It Fell Upon the High Midnight was a winner of the annual Christmas Carol Competition sponsored by the American Composers Forum and VocalEssence, Philip Brunelle, conductor. CREATOR magazine named his Veni Sancte Spiritus as one of the ten best sacred works of 2001. His chant-based setting of Salve Regina was described by the Los Angeles Times as “music of vaulting exaltation” and has been chosen for several all-state choir festivals.

Gibson’s music has been broadcast on hundreds of radio stations and received performances by the LA Master Chorale, the Los Angeles Chamber Orchestra, members of the Los Angeles Philharmonic, the National Children’s Chorus, the Debussy Trio, and three Grammy®-winning choruses: Los Angeles Chamber Singers, the Kansas City Chorale, and the Phoenix Chorale, among many others. He is published by Alliance, E.C. Schirmer, Fatrock Ink, G.I.A., LeDor Publishing, Morningstar, and OCP. Find out more at PaulGibsonMusic.com. 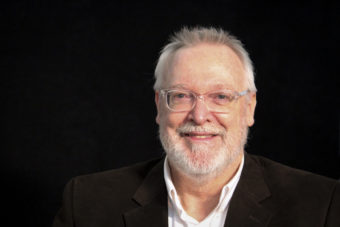