GRAMMY award-winning conductor Lucas Richman has served as Music Director for the Bangor Symphony Orchestra since 2010 and held the position as Music Director for the Knoxville Symphony Orchestra from 2003-2015. Over the course of nearly four decades on the podium, he has garnered an international reputation for his graceful musical leadership in a diverse field of media. In concert halls, orchestral pits and recording studios around the world, Richman earns rave reviews for his artful collaborations with artists in both the classical and commercial music arenas.

Also an accomplished composer, Mr. Richman has had his music performed by over two hundred orchestras across the United States including the New York Philharmonic, the Boston Pops and the symphonies of Detroit, Atlanta, New Jersey and Houston. He has fulfilled commissions for numerous organizations including the Pittsburgh Symphony, Knoxville Symphony, Bangor Symphony, Johnstown Symphony, the Debussy Trio, the Seattle Chamber Music Society and the Organ Artists Series of Pittsburgh. His “Symphony: This Will Be Our Reply” was premiered to critical acclaim by a consortium of orchestras in 2019, including the Oak Ridge Symphony Orchestra (TN), the Bemidji Symphony Orchestra (MN) and the Los Angeles Jewish Symphony (CA). March, 2022 saw the premiere of The Warming Sea for the Maine Science Festival/Bangor Symphony Orchestra and Concerto for Violin and Cello: Un Pasto con Luciana e Mario was premiered by the Atlanta Musicians Orchestra in June, 2022. Upcoming commissions include Concerto for Violin: Paths to Dignity written for performances with violinist Mitchell Newman in 2023 and 2024.

September, 2015, brought the vaunted Albany Records release of a new CD, IN TRUTH Lucas Richman, which features the Pittsburgh Symphony Orchestra performing his Concerto for Piano and Orchestra: In Truth (Jeffrey Biegel, piano), in addition to his Concerto for Oboe and Orchestra: The Clearing (Cynthia Koledo DeAlmeida, oboe) and Three Pieces for Cello and Orchestra (Inbal Segev, cello). In November, 2009, as the result of an NEA commission, the San Diego Symphony Orchestra premiered his Behold the Bold Umbrellaphant, a setting of poetry by Children’s Poet Laureate, Jack Prelutsky, which Jahja Ling and the SDSO recorded for release in December, 2011. 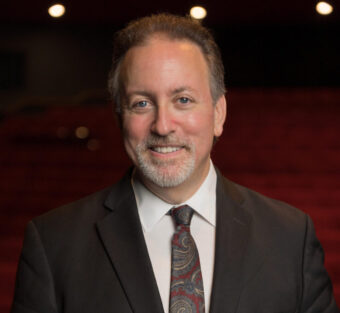