From the spare violins of a city beneath the sea to the choral hosannahs of hell and a comically symphonic alien Armageddon, Garry Schyman has proven himself as one of the most impressive scoring voices in the genre of videogame music with his acclaimed scores for such series as “BioShock,” “Dante’s Inferno” and “Destroy All Humans!” But that’s just one stylistic facet of a composer whose work encompasses prime time television, mini-series and feature films, adding to a decades-long body of work that has seen him conduct orchestras at sound stages the world over from Hollywood to London’s Abbey Road as he has scored some of pop culture’s most iconic characters.Mr. Schyman studied composition, orchestration, conducting and counterpoint at the University of Southern California with composers Robert Linn, Anthony Vazzana and James Hopkins and graduated with a degree in Music Composition.  In addition, he studied privately for several years with the great serial composer George Tremblay in Los Angeles.

Mr. Schyman began his scoring career in the 1980’s as part of the composing team of renowned TV maestro Mike Post, contributing to such hit shows as “Magnum, P.I.” and “The A-Team” before becoming a prolific composer for such films as “Horseplayer,” “Spooky House,” “Lost In Africa” and “Tornado!.”

While he’d score the live action “video games” of1993’s “Voyeur” and its 1996 sequel, Schyman’s music for this arena entered a new animated realm with 2005’s “Destroy All Humans!” with a score that combined a knowing salute to 50s sci-fi B-movie music with vibrant, contemporary action energy. But it was 2007’s “BioShock” that burst onto the video game scoring scene as a full-fathom dive into unique musical terrain. Taking its cue from modernistic classical music, he created a unearthly atmosphere for an undersea dystopia.

Mr. Schyman has since used powerful combinations of orchestral melody, fierce percussion and rock and roll chords for such fantastical action games as “Resistance: Retribution,” “Front Mission Evolved,” “The Bureau: Xcom Declassified,” and “Dante’s Inferno”. Most recently, his music went in completely unexpected dimensions for the sunnily sinister cloud city of Colombia in “BioShock Infinite,” taking a stripped-down, turn-of-the-century musical approach for this globally acclaimed entry into the franchise’s ever-expanding world.

Mr. Schyman’s video game scores have brought him critical acclaim and industry recognition, including the Outstanding Achievement in Original Music Composition from the Academy of Interactive Arts & Sciences, the Best Original Score from the Spike TV Games Awards for “BioShock” and Game Audio Network Guild awards for “BioShock,” as well as their nominations for “Destroy All Humans!” and “Destroy All Humans! 2,” The composer also lectures as an adjunct professor in USC’s Screen Scoring program and lives with his family in Los Angeles. 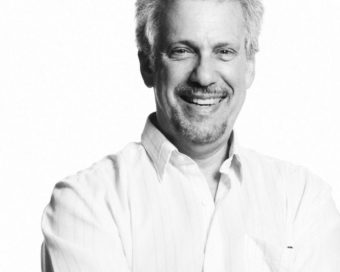