Bostic has written for Broadway, most notably collaborating with the award-winning playwright August Wilson on “Gem of the Ocean.”  As a result of her collaboration with Mr. Wilson, she was asked to score the PBS American Masters program “August Wilson – The Ground on Which I Stand.”

A performance highlight from Bostic’s concert music catalog was the Pittsburgh Symphony Orchestra’s 2018 premiere of her “The Great Migration: A Symphony in Celebration of August Wilson.” The Pittsburgh Symphony subsequently commissioned and performed, live to picture, excerpts of her award-winning score for the acclaimed 2019 documentary, “Toni Morrison- The Pieces I Am.”

The Bangor Symphony Orchestra opened its 2019-2020 season with the commissioned work, “Tovaangar: Coronation and Chaos,” and, for the 2020-2021 season, Bostic will be in residence with the Chicago Sinfionetta with the orchestra performing several newly commissioned works, in addition to her work as a mentor for the organization’s 2020-2021 Project Inclusion Freeman Fellowship.

Recent career highlights include her scoring the critically acclaimed documentary, “Toni Morrison: The Pieces I Am,” which premiered at Sundance Film Festival  2019, followed by theatrical release with Magnolia Pictures. For the Sundance Grand Jury Winner, “Clemency,” released with Neon Pictures in December 2019, Bostic provided the original score, wrote and performed the featured original song “Slow Train,” as well as serving in the role of executive producer for the film.

As a solo artist, Bostic toured extensively in festivals and venues including The Copenhagen Jazz Festival, Ronnie Scott’s, Birdland,Tokyo and Osaka Blue Note, and The Pori Jazz Festival. Also a vocalist, Bostic recorded and performed with many renowned artists including Nas, Ryuichi Sakamoto, and David Byrne. Bostic served as vice-president for the Alliance for Women Film Composers from 2016-2018. 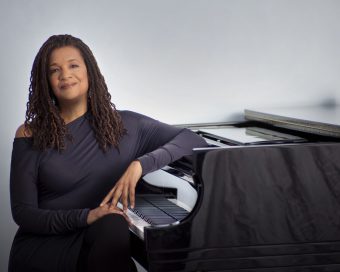