Conni Ellisor’s critically-acclaimed compositions are the beneficiaries of a brilliantly varied career.  She has used her journey – formal training at Juilliard, early success in the classical world as a member of the Denver Symphony, concertmaster of the Boulder Philharmonic, first violin in the Athena Quartet (now the Colorado Quartet), and eventually as assistant concertmaster and soloist with the Nashville Chamber Orchestra, along with extensive work in the commercial world as a top-call session violinist and arranger – to inform her current musical statements.

Ms. Ellisor’s contributions to orchestral repertoire include such uniquely American works as Blackberry Winter for mountain dulcimer and strings, Whiskey Before Breakfast – Partita for Bluegrass Band and Strings, and Nuages de la Nuit for jazz quartet and Strings. Blackberry Winter has generated widespread NPR airplay and was featured on All Things Considered.  Her long and productive association with the Nashville Chamber Orchestra (now known as Orchestra Nashville) resulted in the premieres of 11 of her works.

Ellisor’s recent commissions and premieres include “Diaspora” by the Nashville Symphony (2011), “Broad Band of Light” (her second concerto for mountain dulcimer and orchestra), by the Tucson Symphony (2012), “Tres Danzas De Vida”, “The Fort of Shadows”, and “The Bell Witch Dances” by the Arlington (NY) High School Philharmonia Orchestra (2013 and 2014), and “Awake At Night” for string quartet by the Grammy-nominated ALIAS Chamber Ensemble (2015).  She has recently collaborated with 5x GRAMMY Award-winning bassist, composer, and author Victor L. Wooten to write a concerto for electric bass.  “The Bass Whisperer” was commissioned by the Nashville Symphony (premiered September 2014), the Colorado Symphony (premiered May 2015) and the Chicago Sinfonietta (premiered January 2016).

For more information about Conni, go to www.conniellisor.com. 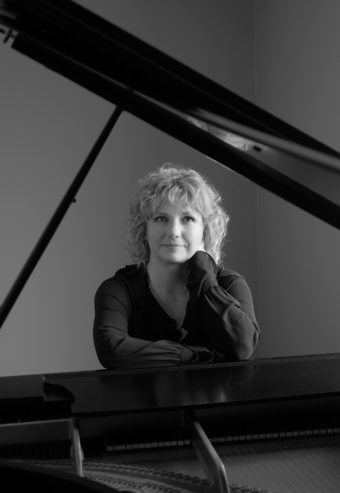