Delvyn Case is a composer, conductor, scholar, performer and educator based in Boston area.  His music has been performed by over 60 orchestras from Alaska to Florida, including the National Symphony Orchestra, Toronto Symphony, Louisville Orchestra, Jacksonville Symphony, and San Antonio Symphony. Other performers of his music have included the Grammy-winning quintet Chestnut Brass Company, the US Coast Guard Band, the Dallas Wind Symphony, mezzo-soprano D’Anna Fortunato, and Grammy-nominated pianist Charles Abramovic, The New York Virtuoso Singers, Rome’s Freon Ensemble, and Ibis Camerata. His music has been heard at the Kennedy Center and on NPR’s “Performance Today”.

As a composer, he has received honors and fellowships from numerous organizations, including BMI, The Society of Composers, The MacDowell Colony, The New York Virtuoso Singers, The Atlantic Center for the Arts, The Composers Conference at Wellesley, the Orvis Foundation, The Chicago Ensemble, Audio Inversions, Sounds New, the National Association of Composers, and The College Music Society, among others. He is a former member of Boston’s infamous composers’ collective Composers in Red Sneakers.

He is the composer of The Prioress’s Tale, a 75-minute chamber opera inspired by Chaucer, whose January 2008 premiere garnered feature articles in the Boston Globe and the South Shore Patriot Ledger. A parable about the power of forgiveness to heal the wounds of religious intolerance, the production tours throughout New England each winter, supported by institutions wishing to explore issues of interfaith dialogue and peace-making in a unique way.

Delvyn Case studied music at  Yale College (B.A. summa cum laude in music ), where he conducted the famous Bach Society and was one of the few undergraduates to ever study composition at the graduate-only Yale School of Music.   He was awarded a William Penn Fellowship for graduate study at the University of Pennsylvania, graduating in 4 years with a Ph.D. in Music Composition.  His teachers have included Steven Mackey, David Rakowski, Elliott Schwartz, Sebastian Currier, James Primosch, Jay Reise, Ezra Laderman, David Lang, Anthony Davis, and Martin Bresnick.   He has served as Visiting Faculty in the Department of Composition and Theory at the Longy School of Music, and is a past faculty member at Boston College, Northeastern University, and Eastern Nazarene College (Quincy, Mass.) He is currently Associate Professor of Music at Wheaton College in Norton, Massachusetts, where he conducts the Great Woods Symphony Orchestra. 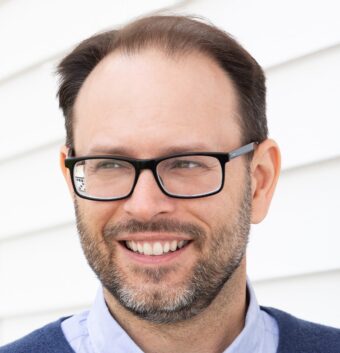