One Single Voice: A One-Act Musical

One Single Voice is part of an ongoing journey that began with the first songwriting collaboration between Sara Pyszka and Lucas Richman in the summer of 2001. Songs and spoken stories are woven together in such a way as to present Sara’s story of how a vibrant young author negotiates a life impacted by cerebral palsy.

It is our mutual hope that this piece can open the doors towards a broader awareness about people living with disabilities and their desire to not be seen as being different.

Sara Pyszka is an author and public speaker who has dedicated her life to raising awareness of cerebral palsy. Born without the ability to walk, talk, or use her hands, she wishes to share her experiences and raise awareness through her writing.  Pyszka graduated from Wright State University with a degree in rehabilitation services.  She has attended “Notes from the Heart” music camp in Pennsylvania and written original songs with Lucas Richman.  Pyszka also became the first person to sing using an augmentative communication device at two Major League Baseball games.  Having written since she was a teenager, Pyszka has published two novels, “Dancing Daisies” and “Switch the Song.” 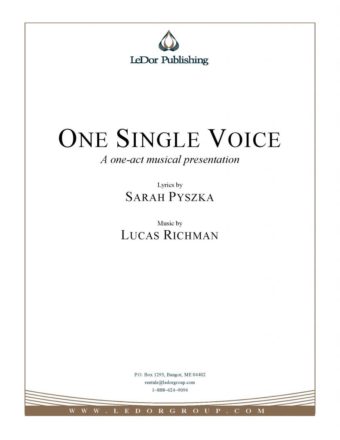