Concerto for Piano and Orchestra: In Truth

“Will a composer’s new music hold up for the long term? If popularity with audiences is one of the criteria, then Knoxville Symphony Orchestra conductor and composer Lucas Richman’s brand new “Concerto for Piano and Orchestra: In Truth,” which made its world premiere Thursday at the Tennessee Theatre with pianist Jeffrey Biegel as the moral protagonist, certainly qualified…The first movement had thick, rich textures and pulsating rhythms, offset by an introspective, lovely melody in the piano that had whiffs of Rachmaninoff. Biegel, who clearly loved playing this piece, played it brilliantly throughout. But nowhere was he better than in the gorgeous piano solo that opened the second movement and dissolved into jazzy syncopations in the orchestra. In the third movement, Biegel’s tender, delicate playing of another solo set up more contrasts with the orchestra.”     – Knoxville News-Sentinel

“…But the newest and most exciting musical adventure of the evening was Richman’s own original composition — “Concerto for Piano and Orchestra: In Truth,” with guest pianist Jeffery Biegel…With a very bluesy Gershwin-esque theme running through it, the composition was multi-layered and textured; at times melodic and romantic at other times dissonant, dramatic, challenging and fragmented with so much going on — including some clattering percussives — it was easy to lose one’s way. That seemed to be the point, actually, and let’s face it, who hasn’t been there.

But again and again, Richman returns to his core theme…and it was like seeing a light through the forest leading us back to something familiar and safe. Biegel’s commanding piano also was a well-lit pathway through this lovely, evocative piece and both he and the composer received a well-earned standing ovation as did the whole orchestra for interpreting this and the evening’s other compositions played so beautifully.”    – The Ellsworth American, October 1, 2015

“The soul of Sunday’s concert was Richman’s own “In Truth,” written for pianist Jeffrey Biegel. The composer might not have intended the three movements — To One’s Self, To One’s World and To One’s Spirit — to be experienced as “The Ages of Man,” but concertgoers may have experienced that way…Biegel inhabited this music as if he had written it himself. The pianist and orchestra intricately wove Richman’s composition into a vivid tapestry that wrapped the audience in the truth of what it means to be a human navigating the world.”     – Bangor Daily News, October 1, 2015

Lucas Richman’s Concerto for Piano and Orchestra: In Truth reflects upon truths perceived, truths accepted and truths verified, with the piano soloist serving as a protagonist who alternates between abiding by society’s universal “truths” and railing against those who create new “truths” so as to avoid personal culpability.

The first movement, To One’s Self, utilizes four primary elements as it musical basis, beginning with a four-note motif (E-F-E-F) derived from the Hebrew translation of the word ‘truth’: EMET.  The English version of ‘truth’ transcribed to a five-note motif (F-D-G-F-A) which, when combined with the Hebrew translation, morphed into an extended motif heard in various permutations throughout the full work (E-F-D-G-E-F-A).  After a short fanfare and articulation of this main combined motif, the orchestra introduces the third element, a rhythmic declamation of the Latin phrase, “Veritas vos Liberatit” (“The Truth shall set you free”).  This rhythm becomes a driving force for much of the movement, underscoring the soloist’s journey, only stopping when encountering the fourth primary element of the movement, an instrumental version of a spiritual Indonesian chant which serves as the movement’s secondary theme.  This chant was first adapted by the composer as an aria in an earlier cantata, The Seven Circles of Life, with the following words: “Strengthen the bond between your inner feeling and the one who watches over you.”  The idea of one’s inner honesty and faith coming into question is brought to the forefront when the ‘truth’ motif is held up to a musical mirror, a gesture which guides the listener through the climax and resolution of the movement and directly into the second movement.

The second movement, To One’s World, begins with a cadenza for the pianist, picking up on the dilemmas proposed in the first movement and applying them to the world at large.  The cadenza builds to an articulation of the ‘EMET’ motif, soon thereafter transformed into a caustically rhythmic fast movement in 10:8 time.  The ‘truth’ motifs are continuously forced to face a musical mirror, ultimately resulting in a honky-tonk ragtime gone wrong: as Oscar Wilde once said, “The truth is rarely pure and never simple.”

It is the prevailing thought behind the quote of “Strengthen the Bond” that guides the progression of the third and final movement, To One’s Spirit: with a life of sincerity, honesty and grace, one might then ascend to learn and understand the meaning and value of truth on a higher level.  The extended ‘truth’ motif becomes the basis for an instrumental setting of a line from Psalm 145: “Karov Adonai l’chol kore’av, l’chol asher yikra-uhu ve-emet” (“The Lord is near to all who call to Him—to all who call to Him in truth”).  In yet another variation, the piano declaims the ‘truth’ motif with a harmonization that lifts gradually higher and higher, eventually coming back full circle to a proper balance between the outer self and the inner spirit.

Concerto for Piano and Orchestra: In Truth is dedicated to Jeffrey Biegel with great admiration and appreciation.  The work was commissioned by the Knoxville Symphony Orchestra and received its world premiere performances on October 17/18, 2013, with the composer conducting. In 2015, Albany Records released the live concert recording of the work with Jeffrey Biegel, soloist, and the Pittsburgh Symphony Orchestra led by the composer. 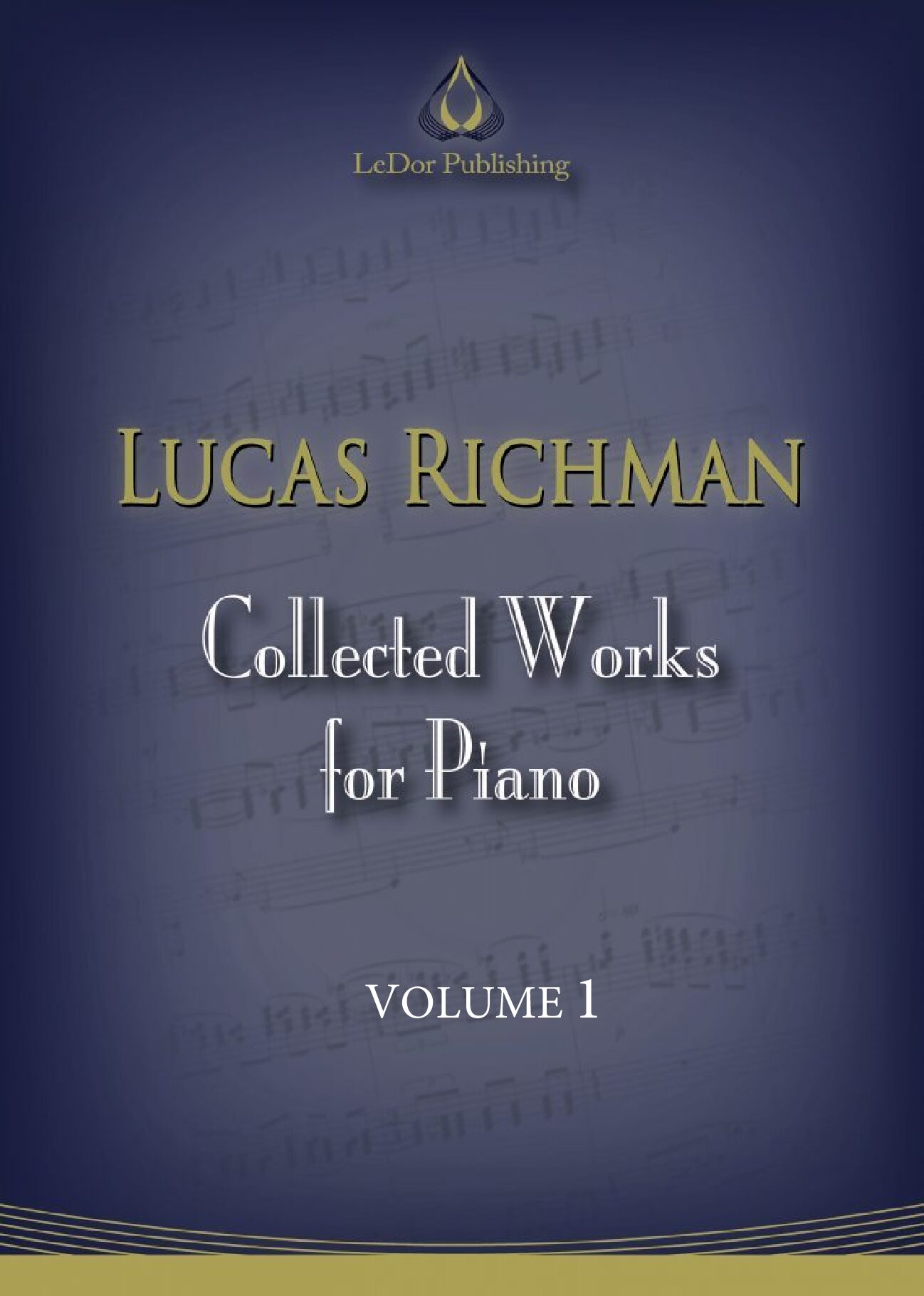 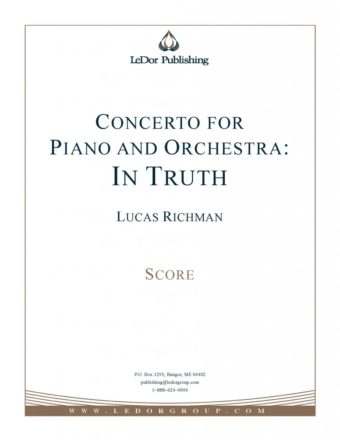