“This prolific player and composer has again ventured into largely uncharted territory, attempting to combine impossibly eclectic styles under one title. This time, she’s come up with a three-movement work making use of mid-century jazz styles popular in German-occupied Paris, such as those made famous by Stephane Grappelli and Django Reinhardt. The challenge, Ellisor says, was imposing classical form on an earthy spicy tradition that remains defiantly “infectious and frivolous” in the best sense of the terms.”

“It all seemed so light and retro that I was kind of thinking, ‘What’s the point?’ [of trying to use a partly classical format.] So I decided to approach it from a historical perspective,” Ellisor said.

That meant, in effect , creating passages suggestive of the atmosphere of Paris at the time. For example, she uses solo cello to represent the ponderous weight of the German presence during the occupation when only German music was allowed. That cello voice, when contrasted with the fun, sassy personality of the Gypsy-style jazz, makes for a clever illustration of the intense conflicts at work. 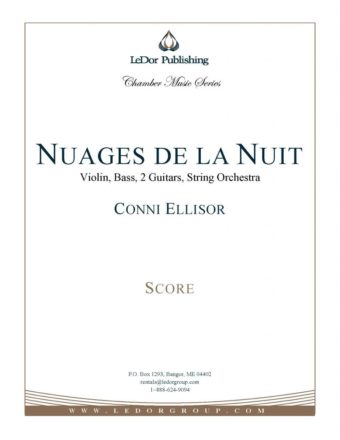