Paratrooper Polonaise was commissioned for Albert Kossler by his children and their spouses in celebration of his 90th birthday, October 14, 2019. Several aspects of this patriarch’s life have factored prominently in the process of crafting a musical work about Mr. Kossler (known affectionately as “Podge”). These aspects, including his career as a pharmacist, his passion for the outdoors, his love of music (as a former trumpet player) and his serving as a model of integrity for his family and community are reflected in contrasting musical variations, based on a simple five-note motive (“PODGE” translated to the musical pitches B-A-D-G-E) and cast over a traditional polonaise rhythm.

Paratrooper Polonaise received its world premiere with the Bangor Symphony Orchestra on November 10, 2019, with the composer conducting. 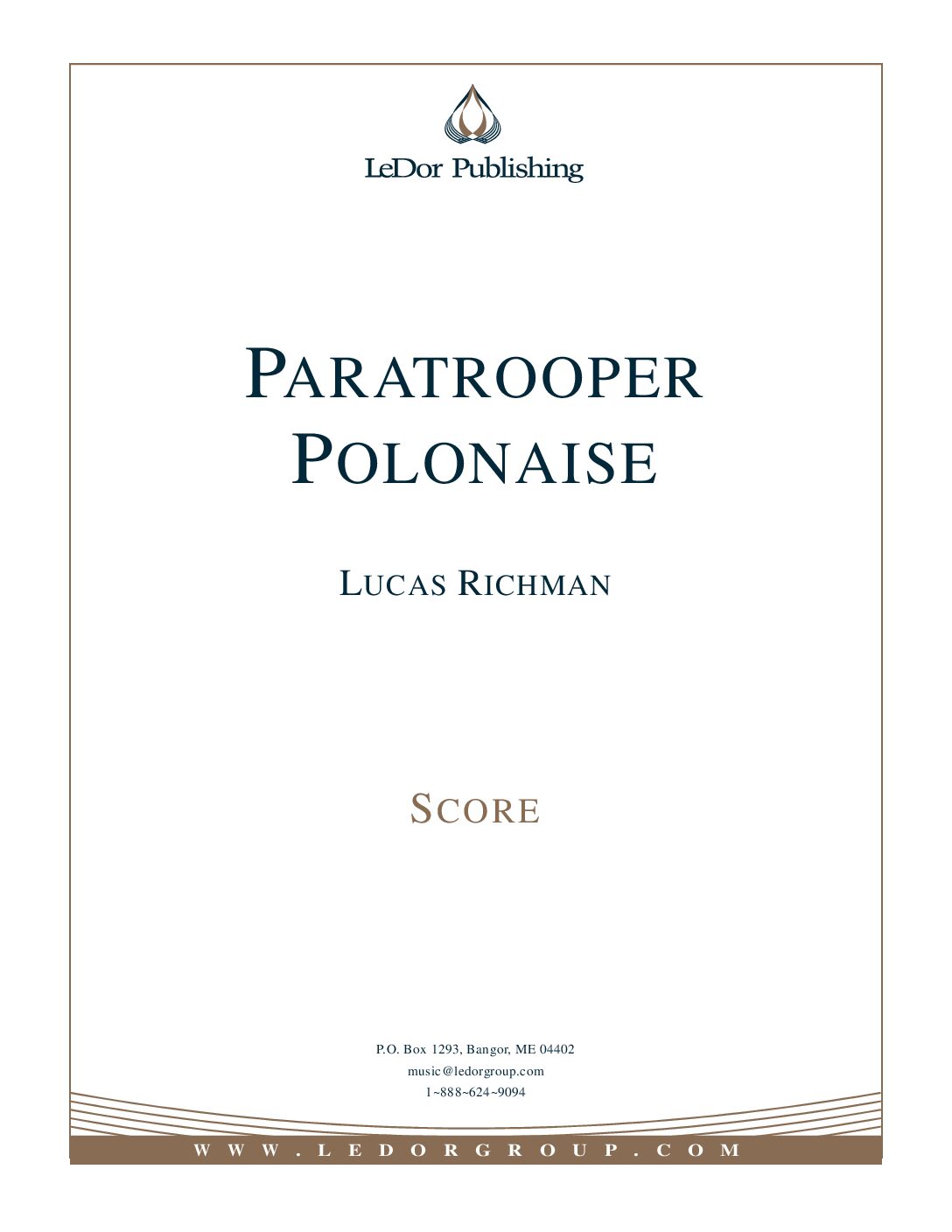