Whiskey Before Breakfast: Partita for Orchestra and Bluegrass Band

A composition in eight short movements, featuring bluegrass band interspersed and blended with the classical chamber orchestra, hopeful to authentically be representing the colorful history of both genres!

One of the most distinctly American of all forms of music, the name “bluegrass” originated with Bill Monroe’s band “The Bluegrass Boys”, and the genre had its official start in the rural south after World War II.

Characterized by acoustic instruments playing most often at the speed of light, intensely tight ensemble playing, the passing of solos, and “chunking” on the offbeats, this music was the music of the common man, flourishing at church picnics, barn dances, and other social occasions, perhaps because there was no other mod of reproduction in the rural communities. 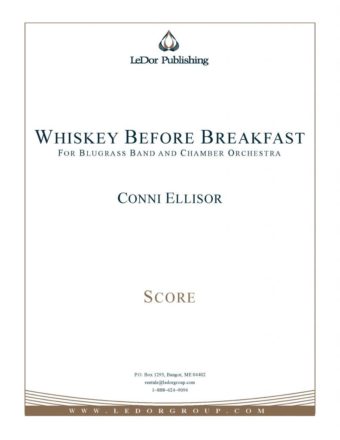