The works featured in this third published volume of solo piano works each take as their form a series of variations based upon original themes or motives. Variations (for Giora) began as a work for clarinet and cello, utilizing seven notes applied to the last name of the celebrated klezmer clarinetist, Giora Feidman. Music Can Make Your Life Complete and Presents from Santa both originally made their bow on the stage of Heinz Hall with the Pittsburgh Symphony Orchestra, the former as the theme song for the PSO’s Family concerts, while the latter was premiered in a semi-staged presentation of the original winter holiday musical, “A Christmas Wish.” Variations at the Barre and Zapped Taps were both written for youth programs presented by the Pacific Symphony Orchestra, while the Umbrellaphant Variations evolve directly from a work commissioned for the San Diego Symphony based on the poems of Children’s Poet Laureate, Jack Prelutsky. 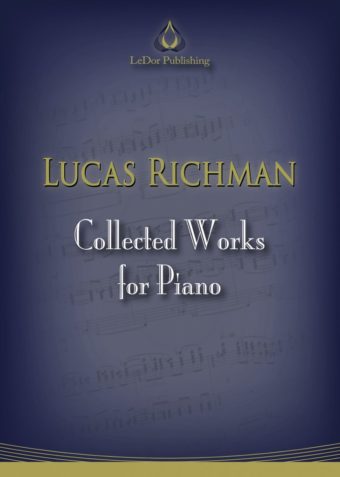 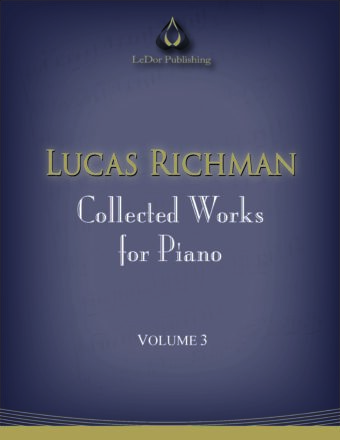